They say that if lovers have never really quarreled, they cannot be called a full family! Jokes are jokes, but the way partners behave during conflicts largely determines the viability of the couple. 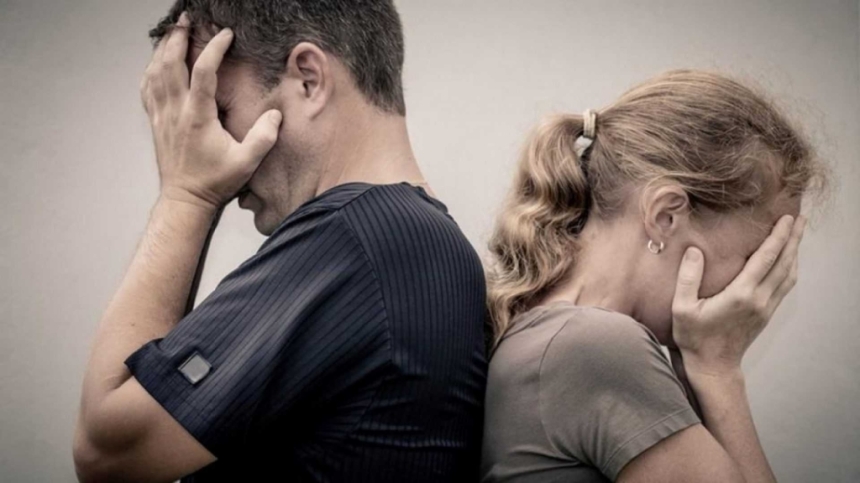 After all, a quarrel can both refresh the feelings of lovers, and forever alienate the partners from each other. And how do representatives of the various zodiac signs fight?

Aries is not called the most violent sign of the Zodiac for nothing. In disputes, he flares up like a match, throwing lightning bolts and thunderbolts at his second half, trying to crush the authority and to prove his point.

Aries can flare up and in the heat of a quarrel to say too much, and even dissolve hands. But to this person's credit, an hour after the quarrel he cools down and if he was wrong, he will definitely come up and apologize for his behavior.

The restrained Taurus, on the other hand, is one of the calmest and most judicious disputants. This person will appeal to the voice of reason of his soul mate, trying to bring their arguments to her, and if he understands that it is useless, he will try to leave the field of argument.

However, if you pester Taurus for a long time, one day it will flare up and no one will feel too bad! If the ward of Venus will get tired of putting up with quarrels, it may pack up and disappear in an unknown direction.

Gemini hates conflicts, because they are problems that come out, and these personalities do everything they can to avoid problems. Therefore, when provoking Gemini in conflict, be prepared that he will try by all means to disappear from your sight.

And even having a quarrel with a Mercury ward you can expect that this person will try to turn any problem or misunderstanding into a joke. And the problems? Let someone else solve them!

The hyper-emotional Cancer is often conflicted without wishing it. It is to blame for his touchy nature. Cancer can be offended by a mere trifle, "blown out of proportion," and even a week not to talk with your loved one.

In fact, if the Moon's ward behaves this way, he wants attention. Cancer should be pitied, hugged, allowed to speak out, including the expression of latent resentment. If this is done, Cancer will become cheerful and good-natured again.

Leo often provokes conflicts themselves, especially when they want to shift the blame for what happened to their partner. These personalities know for a fact that the best defense is offense, and skillfully use arguments and quarrels to absolve themselves of responsibility.

Leo is a dominant, and therefore argues always with assertion, putting all kinds of pressure on the partner and even threatening him in order to achieve his goal. As a rule, the other half prefers to agree with Leo rather than aggravate the confrontation.

Conflicts are an integral part of the life of Virgo. These people seem to want to live in peace with the person they love, but their principles often become a reason for quarrels and resentments.

For example, wards of Mercury can several times a day to make remarks to the partner, setting their own rules. And if the partner does not like these restrictions, there will inevitably be conflicts in the couple. And until people in love begin to give in to each other, Virgo will again and again provoke quarrels.

Libras want to live in harmony with the person they love, and therefore avoid conflicts in every possible way. These people are sometimes ready to "step on the throat" of his desires, but not to confront and not to spoil relations with those whom they love.

However, everything changes when Libra hears an outright lie! True truth-tellers, the wards of Venus will foam at the mouth to prove their point, even to the person they love, as they chronically can't stand deceit.

Everyone knows, it is better not to clash with Scorpio! It is too vindictive person. Abandoned in a fit of anger words to Scorpio can emerge even months and years later! This person will wait for the right moment and take his revenge.

Let us also note that the ward of the formidable Mars is an impulsive and emotional person, and that is why in a fit of rage he is capable to do unreasonable things. That is the reason that a scandal with Scorpio is better never to turn into a personal attack or a direct insult.

Sagittarius avoids family quarrels to the last, and tries in every possible way to reduce any arising conflict to a joke. But there are cases when the confrontation is unavoidable. In this case, the ward of Jupiter always has a couple of barbs ready with which he can quickly put down the insolent partner.

Fortunately, Sagittarius can not get angry for long, and that is why after a while there is nothing to worry about, do not even remember the recent quarrel.

From the outside, it may seem that Capricorn shows absolutely no emotions, even when in conflict. Any complaint of the other half immediately turns into a lot of arguments on the part of Saturn's ward.

This person really thinks through every step, and therefore does not show his emotions, so as not to offend the loved one. He is the most patient and confident that any conflict can be resolved through diplomacy.

The representative of this sign is a well-known disputant who is ready to prove his point all day long. For this reason, Aquarius can cause a conflict in a vacuum.

Although to the credit of Uranus' ward we should say that arguments cause him more of a sports interest. He really wants to show everyone to be right. But from the real conflicts Aquarius distances himself, trying to escape for a while and take a breath.

Mistrustful Pisces is afraid of conflict, but they fight, perhaps, more often than other signs. The reason for this is their insecurity, jealousy and mistrustfulness.

Characteristically, in conflicts Pisces do not look for the truth, but rather want to draw attention to themselves, to indicate their problems and find support in the person they love.

Every person needs to develop and move forward in order to live a harmonious life. But sometimes for some reason we stop developing, and we do not understand what we are doing wrong, and what we need to change in ourselves in order to continue the progressive movement forward.

No matter how wise, insightful, and prudent we may think we are, each of us could use some good advice. Sometimes such advice protects us from serious problems, and sometimes it encourages us to develop and fills us with enthusiasm.

People can pretend when they support someone else's thoughts or hobbies. But they are most sincere when they hate something or criticize someone.