Things that should be in the house of different zodiac signs

Vindictiveness is not the best quality in a person. Nevertheless, some people have this character trait. They do not know how to forgive insults, and if they receive a blow from another person, they will not calm down until they take revenge and restore their reputation. 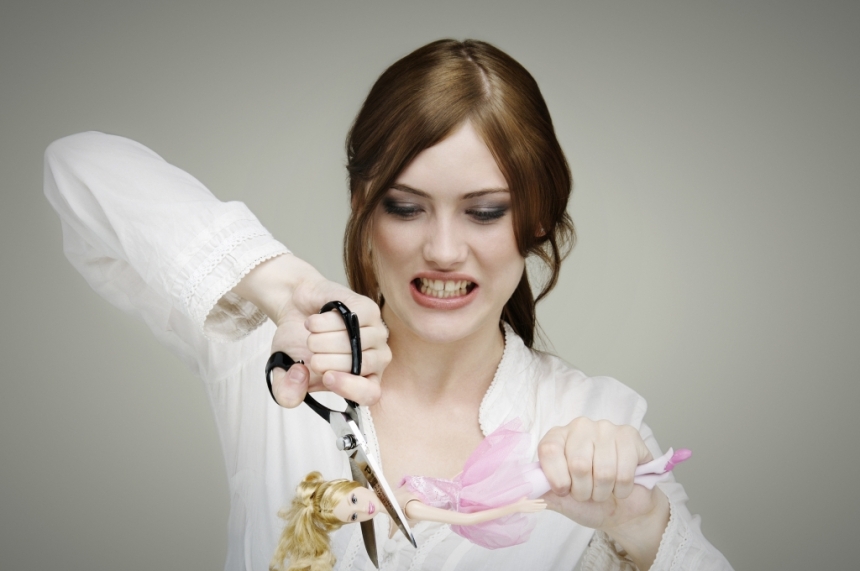 So what are these personalities and how to calculate the most vengeful representatives of the zodiac family? Let's find out what astrologers say about it.

Taurus - personalities straightforward, and at the same time too touchy. With such an attitude to life and people around them, it is not surprising that the wards of Venus are often told the truth in the eyes, and they, in turn, are strongly offended.

The trouble is that Taurus is not able to forgive people who once offended him. He will not invent an insidious plan of revenge, he will simply hold a grudge and wait until the moment to get even.

Even a small thing, which can "hurt" the offender, will bring Taurus a moral relief. By the way, after avenging and restoring the reputation, the ward of Venus will again become good-natured, friendly and not holding a "stone for a bosom".

Virgo personalities are good-natured by nature and try not to harm those around them. The only thing is that these individuals consider themselves perfect, and very offended when others doubt their infallibility. And if someone is found who will hurt Virgo, for example by betraying, cheating, or starting to spread derogatory rumors about Mercury's charges, he risks a very subtle revenge!

Virgo is too imaginative to retaliate directly, head-on. By nature, they are skillful manipulators who will get revenge at the hands of others while remaining on the sidelines. Moreover, they will sympathize with the person they themselves avenged!

Everyone knows that the hallmark of Leo is generosity. Leo does not like quarrels and tries not to hold grudges against people. But only if they do not hurt his dignity.

Humiliation this man will not tolerate ever! A person who finds himself in this situation must understand that the rage of Leo is much greater than that of Aries and Scorpio. This person will use his fists with ease, and will stop at nothing to trample the offender.

But it will be especially unenviable for the one who affects the Leo family. In this case, personalities ruled by the Sun will be revengeful to the end, not choosing ways and means.

Knowing the tough temper of the Mars-ruled ward, there is hardly a person who decides to stand in the way of Scorpio. However, Scorpio himself is constantly looking for conflicts, which means that his list of enemies is sure to find someone for whom a dish called "revenge" is prepared.

What is characteristic, in addition to vindictiveness, Scorpio also has incredible insight. A person ruled by bloodthirsty Mars can see all the painful points of the opponent and deliver the most painful blows, which always reach the target.

Finally, one cannot ignore the iron endurance of Scorpio. This person is never in a hurry to retaliate, knowing that revenge is a dish that must be served cold. There are known cases when Scorpions carried out their revenge, even after 10 years!

Capricorn is a man of extremes, and therefore there are no random people in his environment. He either loves a person with all his heart or hates him with all his soul. And woe to him to whom Saturn's ward feels hatred!

The fact is that personalities of this sign are characterized by special cruelty and incredible endurance, and therefore Capricorn will never show the appearance of being insulted or humiliated. He will withdraw into the shadows, but he will constantly monitor his offender to give him a powerful blow when he does not expect it at all.

By the way, Capricorn never throws words to the wind. And if this person swore vengeance, he will get his offender even in the wilds of the Amazon!

Have you ever noticed how many different, surprising and unlike one another cars are driving on our roads? Today every person has the opportunity to choose an

Hardly one person in the world has escaped gossip. All of us voluntarily or involuntarily tell friends sad and funny stories that happened to our relatives or acquaintances, discuss their personal lives, careers and clothes.

No one is safe from mistakes, right? And there's nothing terrible about making mistakes, because any experience, even negative ones, makes us wiser.